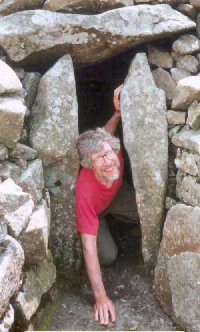 In the stories, passage tombs are entrances to the Otherworld, the home of the gods, where heroes contend with the Tuatha Dé Danaan to their gain or loss.

Think of a passage tomb as symbolising the belly of a pregnant woman. The passage is the birth passage, the chamber is the womb.

It was at Seefin that I discovered this, when I had to twist my shoulders crawling out of the entrance, just like a baby being born.

The people who built the passage tombs cremated their dead and placed the remains in the chamber, so that the spirits of the deceased would be reborn in another world, to live with their gods.

Bronze Age c. 2000 BC; aligned to the setting sun at the Winter Solstice. The name (achadh na gréine) means "Field of the Sun". Note the lone whitethorn (hawthorn or mayflower) in the centre of the circle. Sacred to the fairies, the tree often has offerings hung in its branches.

in (the original) Hollywood 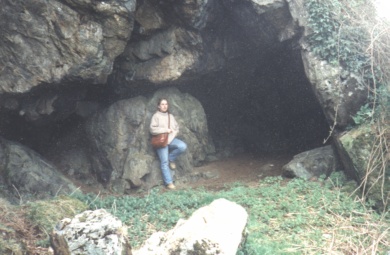 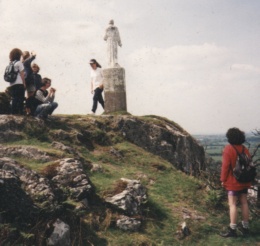 About 12 miles (16km) over the hills from the 6th-century monastery/university founded at Glendalough by St Kevin, this is where he took breaks from the stress of being a religious superstar. From the cave and the statue (erected in 1914) we can see a road made for the ambush scene in the film about Irish Civil War hero Michael Collins. The cave, difficult of access in summer due to the high bracken, is under the statue. Hollywood, California, was named by a man from Hollywood, Co. Wicklow.

This Anglo-Norman man-made defensive hill was built by Richard Marsh, the nephew of one of Strongbow's lord councillors. 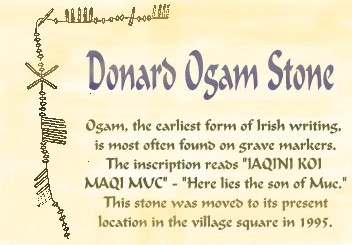